As people around the world commemorate the anniversary of William Shakespeare’s birth and death on 23rd April, Guildford School of Acting (GSA) is making screenings of its recent productions of two of Shakespeare’s plays available to schools, colleges and youth groups.

The contemporary setting of this abridged version of Hamlet, which nonetheless uses the original language, is ideal for secondary school audiences. With its focus on the core plot and younger characters, its sword fighting, high emotions and ghostly apparitions, it is a highly engaging introduction to what is arguably Shakespeare’s most significant play. At under two hours – significantly less than the typical four hours of the full play – it can be conveniently watched across two lessons.

Richard III is also transposed to a modern setting with the action taking place at the turn of the 21st Century as the former Soviet Union crumbled and a new generation of oligarchs jockeyed for power. The play, always one that speaks to us of a world in crisis, tackles what happens when leaders lie, when countries believe those lies and when state sponsored assassinations become normal. Performed by Actor-Musicians, the use of specially-composed music, performed on stage, heightens the poignancy and builds engagement with audiences.

The shows were selected, rehearsed and produced with Covid-security at the forefront of planning. Clever blocking and choreography ensured performers remained socially distanced, offering drama teachers an interesting angle. Creative teams had to discover fresh new interpretations of the scripts to communicate concepts like love and torture, which are normally expressed using touch.

GSA productions are assessment components of academic undergraduate and postgraduate programmes validated by the University of Surrey and are normally performed in front of live audiences, but Covid meant this year most shows are being filmed and screened online.

Professor Sean McNamara, Head of Guildford School of Acting, said, “The pandemic has inspired a new era of storytelling, technological advances have provided a platform for presenting our productions to a wider and more diverse audiences, helping to bring theatre, something we have all been deprived of since the spring of 2020, and the works of Shakespeare to life for young people studying his plays. These productions of Hamlet and Richard III inject new energy into these well-known plays. We hope you enjoy them.” 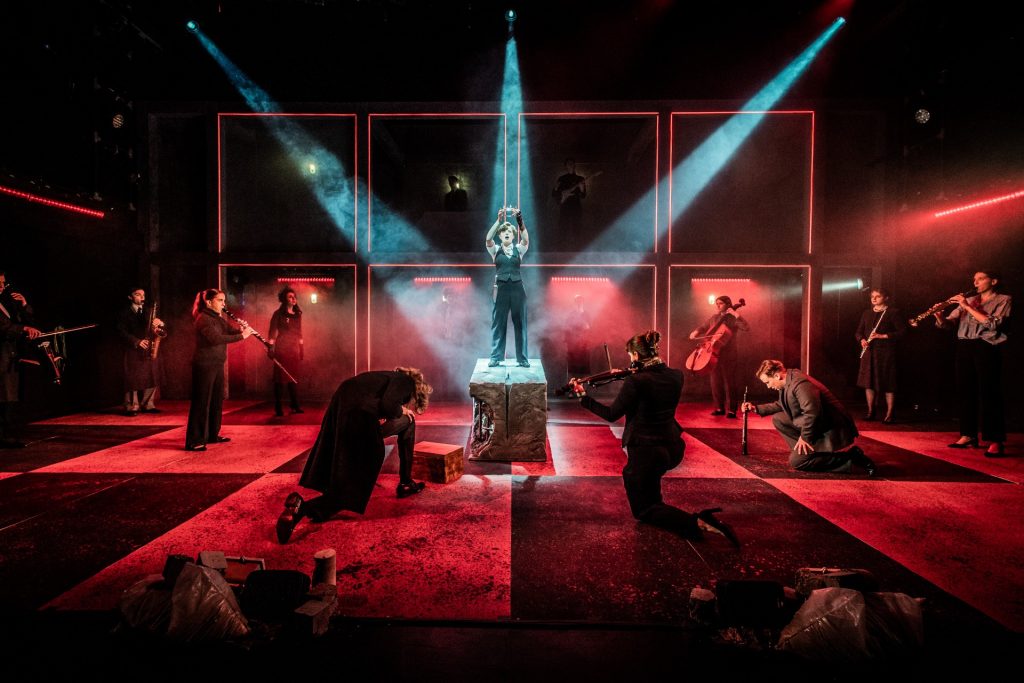 A photo from Richard III.