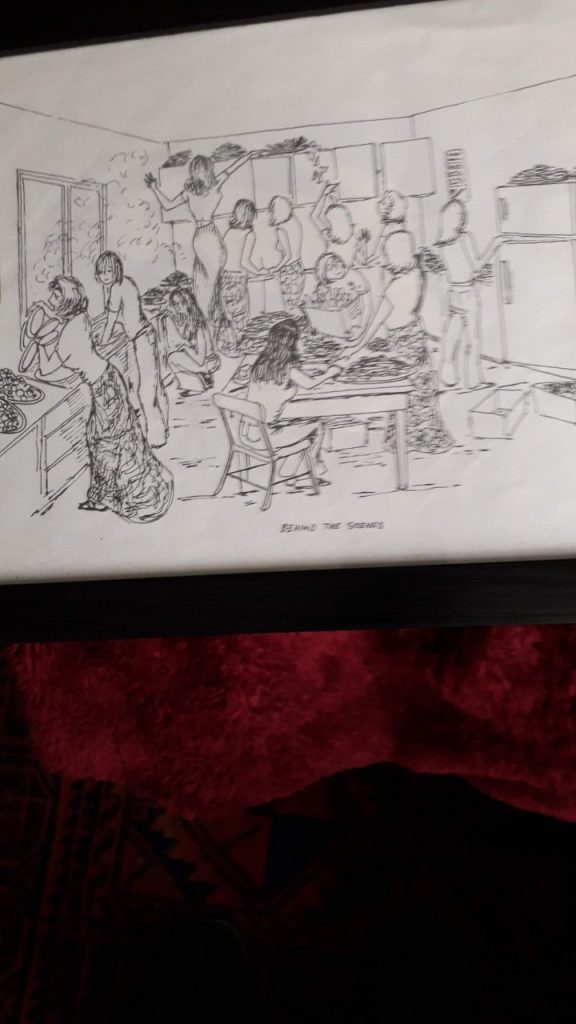 Speech and Drama teachers have many skills.  As a teacher of speech and drama I am of the opinion that these come into play when organising a personal or business event, most particularly in the classroom and any learning environment.  Drawing from  my own differing experiences I would like to share with you a particular event I organised way back in the 1970’s.

I was in Jeddah, Saudi Arabia teaching English at a Womans’ Welfare Centre.  Just the place to organise a traditional English afternoon tea for more than a thousand women.

Jeddah then had all the international embassies there.  The individual embassies put on various charity events to help this welfare centre.  I acted as the liaison between the Brits (English Irish Welsh and Scots) and the Australians.  Communicative skills were the key.  Just a reminder of this time in the 70’s, no mobiles, no Facebook and not everyone had a phone line.  The local telephone exchange manually connected numbers.  Public transport did not exist at this time.  The menu was discussed and all the contributors rose to this planned occasion.  So countdown began in earnest.

Shopping in the souk (market) for so many cucumbers caused some comment.

The specially baked sliced bread was baked after midnight in a local bakery.  The scones were made to a true and tested Scottish recipe and were baked in air-conditioned kitchens.  The butter for the sandwiches and scones was gifted by the Irish Embassy.  Strawberry jam was bought and brought in as personal luggage from Beirut, capital of the Lebanon.  Victoria sponges were prepared all over the city of Jeddah from the Medina Road in the north to the Mecca Road in the south.  The eggs were brought down from Taif.  Taif sits high on the spectacular escarpment some miles from Mecca.  The Australians choose to make their traditional Lamington biscuits, a most delicious treat.  Tea leaves and teabags were all of the best.  Arrangements were made to collect and fly the British flag above the centre.   All  set for this outdoor event.  It would start before sunset around late afternoon.  The plan was to have Afternoon Tea before dark!  Lanterns and candles would be lit later.

Well the morning of the event dawned.  It was humid with dark clouds and thunder could be heard in the distance.  Some flashes of lightening above.

Then came the deluge.

This was the  first heavy rain in the city for forty years.  Was the event to be cancelled?  Never, the show must go on.

Some hours later when the rain had stopped and the hot temperatures dried up the flooded streets there was a huge sigh of relief from all.

Meanwhile the cucumbers were thinly sliced.  Bread and scones were buttered.  Triangular sandwiches were prepared.  Scones were split, buttered and spread with strawberry jam and topped with a good helping of fresh cream on the top.  Victoria sponges were travelling  from one side of the city to the other.  The Australian had their contribution of traditional Lamington biscuits delivered to the centre.   All these ingredients for our tea were a temptation to the team setting out the tables and chairs and busily doing other tasks.  Let me say we all fought temptation.  The Union Jack was flying above the  centre.  We were ready to go!

Royal guests and  other invited notables  as well as many Saudi women and girls and women from the international and other communities began to arrive for Afternoon Tea.  In the background soft music from the countries hosting the event played.  The sound system provided by a British company.  Invitations and table decorations were designed and printed in English and Arabic by another British company.  This company employed a large international workforce .

A hum of many languages  was exciting.

This was a very special combined effort to have such a gathering of women enjoying conversation over a cup of tea.

*BEFORE YOU GO…a date for your diary.

at the Kenilworth (Edwardian) Hotel

Lunch and Afternoon Tea with refreshments served throughout the day

Contact helena4duncan@gmail.com  for booking and if you wish to have further details